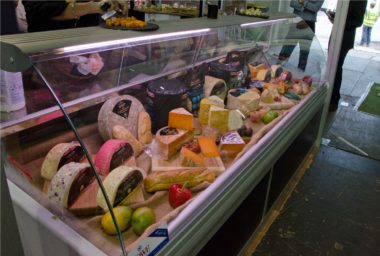 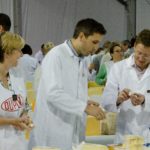 Judges tasting cheese on trade day at the Nantwich Awards

The 26th and 27th July saw this year’s International Cheese Awards, which has been running since 1897. There were over 5000 cheese and dairy produce entries, from 27 different countries, which really shows the true success of the show and its ability to expand year-on-year. 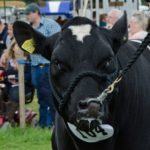 On trade day, the Tuesday, more than 260 judges judged more than 340 classes (including 80 retailer classes to decide who would be achieving gold, silver and bronze awards. There were 9 supreme cheese judges, all with years of experience in the dairy industry. Trade day gives the perfect opportunity to network with others in the industry, which can lead to gaining new customers and partnerships. 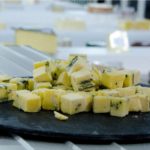 On the Wednesday, the cheese tent was incorporated into the hugely successful Nantwich agricultural show featuring 450 trade stands, marquees, cattle displays, vintage cars and other demonstrations. One ring display of particular attention was the Nickerson Supreme Beef Championship of the North West, which attracted a large crowd of spectators. The championship was certainly an interesting watch with the individual winners of each breed category being judged by the 8 other breed judges, who gave scores out of 10. 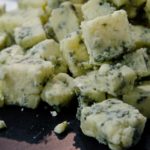 Our Blue Stilton is said to have a smooth Creamy texture, even veining and good depth of lasting flavour

Wednesday’s weather was good which meant that business was steady, however it got particularly busy around lunch time. As predicted, our multi award winning Blue Stilton was the first to sell out – we even had to cut up some whole cheeses in order to supply the demand! The Shropshire Blue quickly followed suit and by 4 o’clock we had sold every last bit of cheese (no wonder they are winning so many awards!). 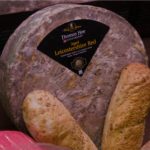 And now on to the awards… This year we came home with 5 Golds, 2 Silver, 3 Bronze and One Highly Commended. We also gained one Gold medal in the retailer class with M&S. Detailed below is a full list of awards won: