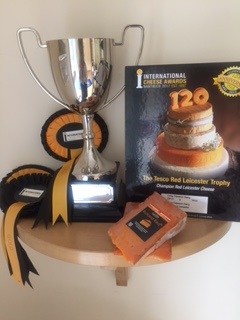 Another year has passed since the last cheese awards, and we had another successful few days on the 25th and 26th of July 2017 at the Nantwich show.

Setting off early from Long Clawson dairy we made our way to the show on the 24th ready for setting up our stand, showcasing our ranges of cheese. The 25th quickly arrived and once again we set off early, ready for trade day. A group of people from Long Clawson Dairy represented the company and networked with the many other cheese producers in the cheese tent, while the judging began of the 5685 cheeses entered in the awards. 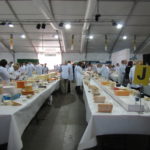 Judging of the Cheese

Whilst we were waiting for the results we were able to wander around the other trade stands and try the many different varieties and flavours of cheese – a personal favourite being a sticky toffee truckle. After taking in the other stands, and ensuring we did not eat too much, there was a delicious lunch for all the traders to enjoy, with some of the awards being presented during dessert. The supreme champion was awarded to Bradbury’s Cheese for their Roquefort Papillion. The retailer’s awards were also announced, with the Supreme Retailer award going to Waitrose, who won an amazing 24 gold awards. 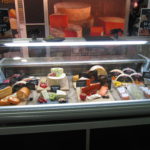 After the lunch began the change over from trade day to public day, which involved setting up the stand ready to sell the following day. During the setting up some of the Clawson team from checked whether we had won any awards, discovering that our Rutland Red was awarded 3 golds, and our Blue Stilton awarded a Silver and 2 Bronze.

Public day began bright and early and we were ready to sell for the show opening at 9.00am. This year our focus was on selling our Rutland Red, Blue Stilton, Shropshire Blue and White Stilton Mango and Ginger. The rainy start to the day meant there were a lot of people in the tent ready to try some samples and buy some cheese. When the rain stopped a couple of the sales team ventured out to look around the show, seeing all the activities taking place from classic Cars to award winning cattle. The show was still bustling despite the muddy ground and dull sky in the morning (which luckily changed to beautiful sun by the afternoon) 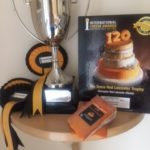 By 5.00pm we had sold out of all the cheese we had bought with us. With the Blue Stilton and Shropshire Blue selling out first. At around midday we also discovered that we were lucky enough to have won the Tesco Red Leicester Trophy – Champion Red Leicester Cheese for our Rutland red, which gave us a boost and encouraged many more sales throughout the afternoon.

Overall we had a great few days in Nantwich celebrating everything cheese!

The full list of awards won this year include: