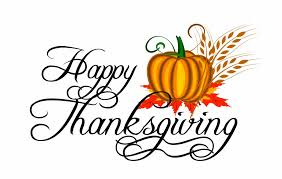 Thanksgiving is nearly here (23rd November)… and we can’t wait to celebrate!

Thanksgiving marks the beginning of the festive period in America with more Americans celebrating Thanksgiving than Christmas. It marks the celebration of the harvest. George Washington, the first president of the United States made ‘The National Thanksgiving Proclamation on the 3rd October 1789.

Author Sarah Josepha Hale created a campaign for Thanksgiving to be recognised as a national holiday in 1846. This campaign lasted 17 years and four presidencies until she wrote to Lincoln. In 1863 President Abraham Lincoln declared the last Thursday in November as Thanksgiving Day. So it’s a story with a happy ending as Hale eventually got her wish, she is better known now for writing the nursery rhyme ‘Mary Had a Little Lamb’.

There are many different thanksgiving traditions one of which is the soccer game. The tradition came about in 1934 with the Detroit Lions playing against the Chicago Bears. G.A Richards, the first owner of the Detroit Lions was keen to promote Soccer, so he approached NBC and they agreed to broadcast the game live on their national radio network. Detroit has played every year since the first game, only breaking during World War 2.

Macy’s parade is another time honoured tradition. It takes place in New York City, with big floats and balloons to celebrate the holiday. The parade dates back to the 1920s when immigrant workers at Macy’s department store were keen to celebrate the American Holiday with a festival similar to one they were used to in Europe. Americans will tune in to watch the parade from across the country, or if they are lucky enough head to New York City to watch it in person.

Now let’s talk about food… the most important bit! The traditional thanksgiving dinner consists of turkey, ham or goose, with stuffing either inside the meat or on the side. The traditional stuffing is made with bread, chopped celery, carrots, onions and sage, with some other additions including chestnuts, chopped bacon/sausage, raisins and apples. The perfect twist to a traditional stuffing would be adding some crumbled Long Clawson Dairy Cotswold cheese, with onion and chives to add to the current flavours.

And to finish… PIE! Lots of different pies are on offer from the traditional pumpkin pies and pecan pies to other fillings of apple, sweet potato and mincemeat.

Although thanksgiving is associated with America, we do celebrate it in the UK in a sense. In 2013 black Friday (the day after thanksgiving) made an appearance starting with Amazon and Asda. This was originally an American tradition but quickly took off in the UK with most major retailers celebrating it. So we do celebrate the holiday in a way…

Any Americans in the UK can rest assured though, that there are still restaurants who serve up a thanksgiving meal. The list below are some found in London. If you aren’t in London a lot of hotels have a special thanksgiving menu.

A cheese board would be the perfect addition to the thanksgiving meal. We export our cheese to the USA, so make sure to look out for our Blue Stilton, Cotswold, Wensleydale and Cranberry and many other delicious cheeses. They will be sure to make your cheese board stand out from the crowd!

If you fancy making up something to celebrate the thanksgiving holiday, why not give our Blue Stilton and Pumpkin Tart a try, using our Blue Stilton for a little English twist on the traditional Pumpkin Pie.