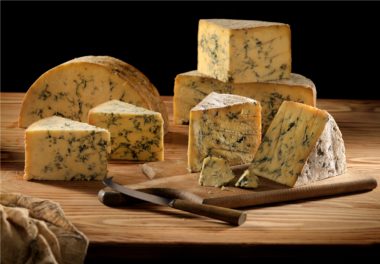 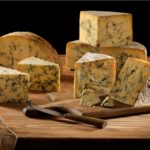 Long Clawson Dairy has won Supreme Champion Cheese at the Global Cheese Awards for the third time in four years with its traditional Blue Stilton.  Having won the accolade in 2014 & 2016 this win in 2017 has delighted all the staff whose dedication for producing excellent Blue Stilton Cheese has been rewarded.

As well as winning Supreme Champion Cheese, our Blue Stilton was also awarded: 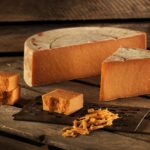 Rutland Red Cheese is an Aged Red Leicestershire which is cloth bound, buttered and matured for up to six months for a rich, nutty, caramelised flavour – it is the only pasteurised Red Leicester to be made in the County from which it took its name centuries ago.

“This is a great achievement for the Dairy.   It really is a reflection on the passion of all our staff and the sheer dedication to deliver the best cheese we possibly can all the time.  When we receive recognition such as this from Industry judges then it makes all the hard work very worthwhile”.

The Global Cheese Awards have been running in Frome since 1861 and for over 155 years have provided producers, retailers and their associates with a platform from which to showcase their latest offerings. Entries for the show come from around the world in the hope of gaining recognition from the highly regarded team of judges.