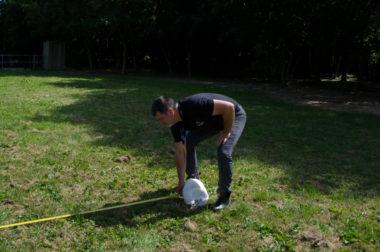 Day two was the day of Stilton rolling (don’t worry, we used some that were going to be thrown away anyway!). In this event each competitor stood at the top of a small grass mound and rolled the Stilton as far as possible down the mound and onto flat ground in one push. Each competitor had two goes, and the distances were averaged. Similarly to Day One, there was some varying degrees of success in this event, including our Marketing Manager, Janice Breedon, breaking one of the Stilton’s just a few rolls into the event.

Most of the competitors in the contest managed to get consistent distances with their rolling, meaning their averages were a lot higher. In the end it was Team Commercial who managed to win the event, adding 26.2 points to their score of 31.3 from the previous day. Despite coming third in the Stilton rolling, Team Brazil managed to hold on to their overall lead with Technical in second again. 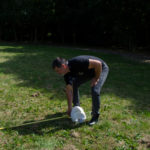