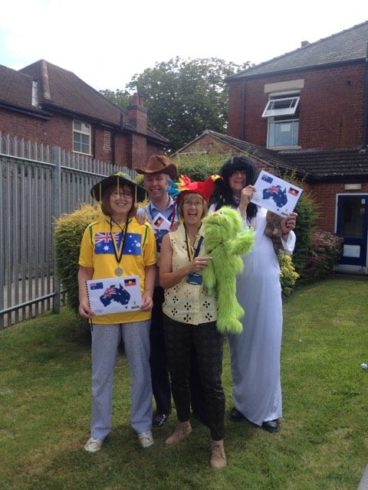 The event for day three was waste paper bin basketball. Competitors scored 5 points for getting the ball in the bin on the first throw, 7 points for two throws in a row and 10 points for three throws in a row. Day three was made a whole load more enjoyable because of Team Commercial managing to convince a Mr Simon Harby to be their mascot by dressing up as a woman to support their team. 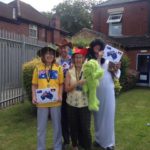 Team Technical was particularly successful in the basketball, with both competitors scoring points. This meant that they managed to pull their way into first place ahead of Team Brazil. Further down the score board, Team Commercial managed to claim third place from Team Badger who had previously held the position from day one.

Day four: Paper Aeroplane Javelin. Featuring: Another near disqualification for Mark “The Hough”, a forfeit from team Almost All Commercial and a tie-breaker throw to decide first and second place. Mark’s first throw was completed with a Javelin Paper Aeroplane that had been stuck together with glue and therefore had some weight to it. Luckily for him and the rest of Team Badger, he had made a second aeroplane without glue and so threw this instead. Team Almost All Commercial, who have been in 5th place since day one decided to forfeit and leave the competition at this stage. 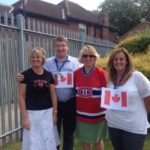 The excitement of day four came when The Hough from Team Badger and Richard Mayfield from Team Technical threw their Javelin aeroplanes a very similar distance, causing a debate over who had thrown theirs further and therefore won.  The only fair way to decide? A second throw from both, based on a coin flip to choose who would throw first. Much to Team Technical’s delight; Richard threw his further, ensuring that they retained their first place lead gained on day three. 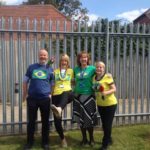